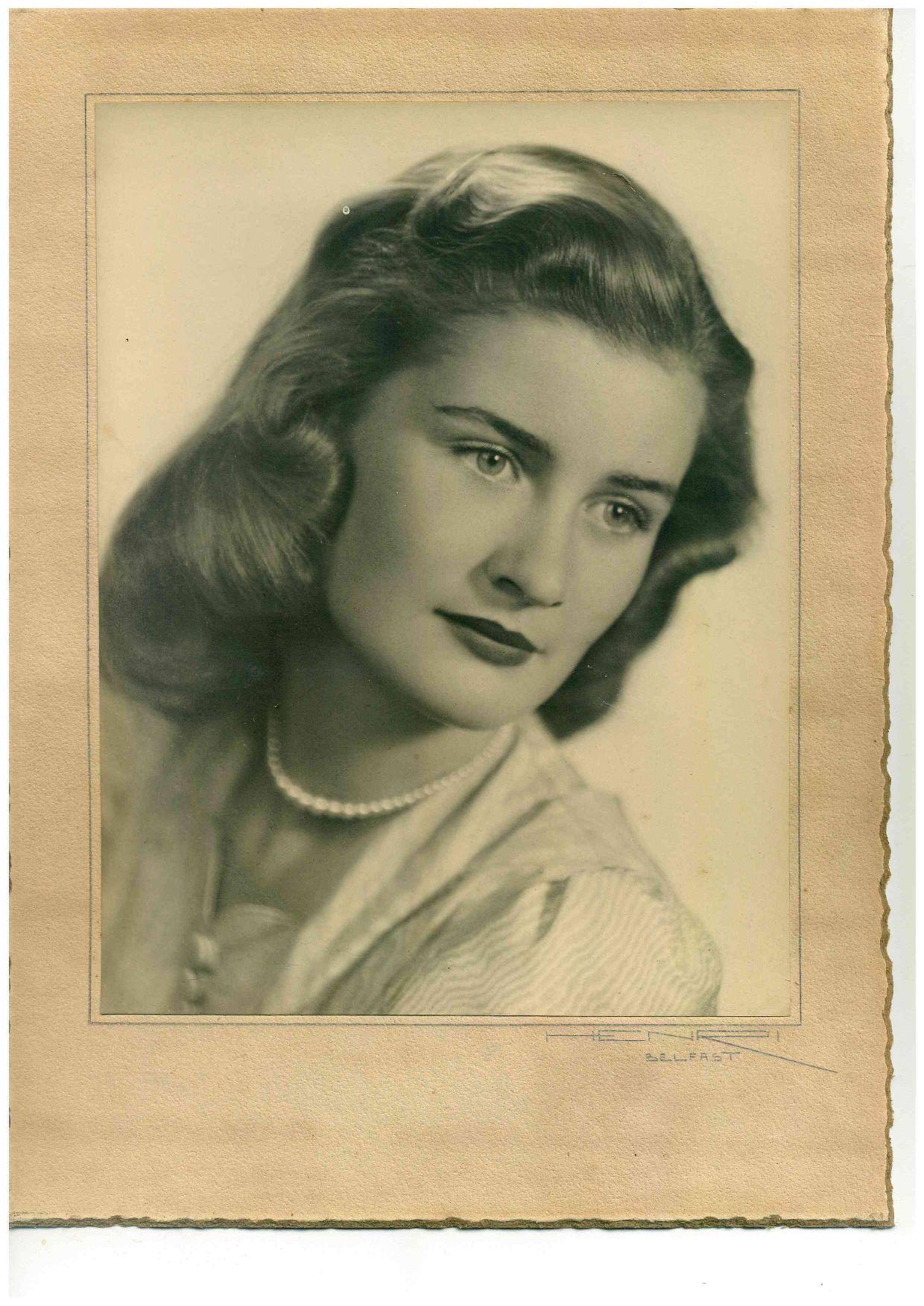 One of the most glamorous and gifted personalities in Upperlands passed away, after a long and

brave struggle with illness, on May 5.  June Clark, born in Dublin in April 1933, had a long and happy

marriage to Wallace Clark, who was a director of William Clark and Sons and a respected historian

of linen. During the years when Wallace was marketing director, June accompanied Wallace on many

global sales trips, using her knowledge of French and German, and her natural charm, to

consolidate some important business partnerships. When agents or business friends came to Upperlands,

they were warmly received at her home, Gorteade Cottage. She and Wallace attended textile and clothing

fairs all over Europe. They often went to England for formal events, from black-tie dinners

to balls, where people in the clothing and textiles trade used to meet, socialise and network. They

were a popular and charismatic couple.  Having worked as a model in her early years, she was a natural,

of apparel, especially in sunny locations like the French or Italian Riviera.

Our thoughts are with June’s son Bruce and all the family at this time.